A downfall for wet chemistry, liquid coatings such as silicones, acrylics, epoxy, or urethanes is that they do not meet bio-compatibility requirements and cannot be applied with precise control. On the contrary, parylene does not out-gas and is very effective against the passage of contaminants from both the body to substrate or substrate to body.

Parylene can be applied a couple of mils thick to a few hundred angstroms in thickness, it is pin hole free, applied at room temperature, contains no additives, insoluble in most solvents, very lubricious, has a very high dielectric strength, and is biocompatible and bio-stable.

Clean, self-contained CVD requires no additional chemicals to complete the process, depositing uniform XY film thickness, even on irregular surfaces. Vapor methods assure reliable coating deposition on an expanded range of devices and products, with longer-lasting security and performance, minimizing the need for repair and potential of assembly failure. 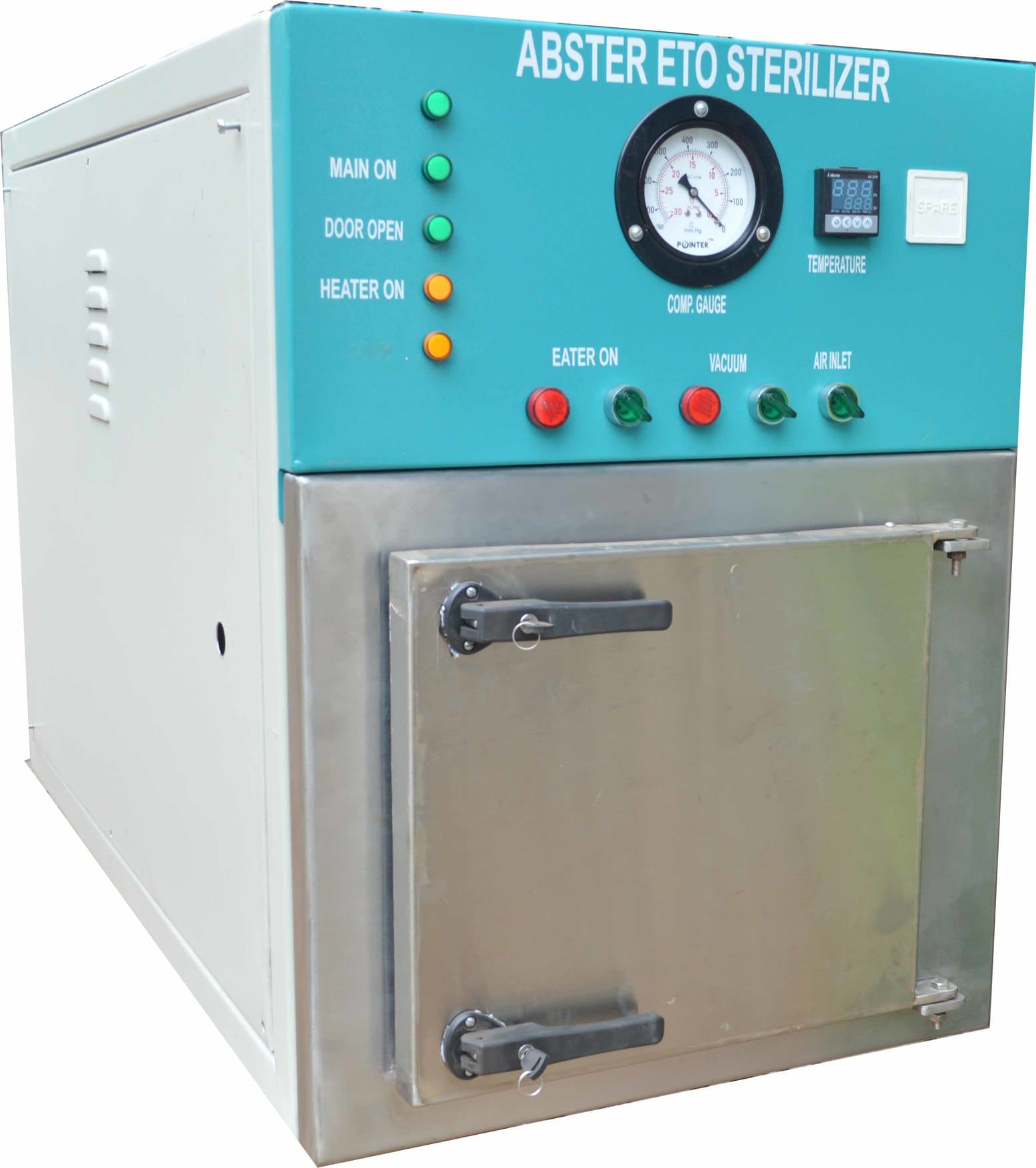 Sterilization Processes for Parylene Conformal Films
Sterilization procedures for industrial processes destroy, permanently deactivate or otherwise remove all lifeforms existing on or within products, many designated for biomedical use. The objective is to establishing exceptional product safety, eradicating all sources of existing or potential contamination. Sterile pharmaceutical products include medical implants of all kinds, which need to function without fail in often turbulent biomedical environments.

The selection of the appropriate sterilization process is crucial to the success of the assignment. Selection criteria emphasize the type of device being sterilized, its purpose, and the type of XY coating being used. CVD allows parylene application to most vacuum-stable materials -- ceramics, fabrics, granular materials, metals, paper, plastics. Across type, XY varietals withstand the sterilization methods described above; different XY material types respond better to specific sterilization techniques.

Operationally, a tube is a hollow cylinder composed of glass, metal, plastic or a similar substance, designed to contain or transport something, typically liquids or gases. When many people think of tubing, they envision its use in construction or mechanics. Tubing of this nature is defined not only by its purpose and the stuff its made of, but also by two dimensions -- outside diameter (OD) and wall thickness (WT).

Used as much for structural purposes as conveyance, these tubes can be square or rectangular in shape, as well as round. Tubing of this scale is also employed for automotive, energy, engineering, and precision/pressure uses. Depending on its purpose, larger-scale tubing may benefit from conformal coating, but this is more widespread for piping, where liquid films of epoxy or silicone are common.

Conformal coating is more frequently applied for smaller, specialized tubing, used for biomedical, computer or electronics purposes. In these cases, tubing is also used as a means of material conveyance, such as:

Size measurement for this tubing differs somewhat from that used for construction and other larger-scale applications. While OD measurements remain necessary, inner diameter (ID) measures replace WT. The proliferation of microelectromechanical systems (MEMS) and nanotechnology (NT) increases the need for reliable conformal coating of specialized tubing measured in microns or nanometers.

Liquid conformal coatings – resins of acrylic (AR), epoxy (ER), silicone (SR) and urethane (UR) – are impractical for both tubing uses and MEMS/nano applications:

As important, liquid applications are not reliable for coating tubing of any size. Applied as wet material, brushing is slow and will not evenly coat inner tubing surfaces. Both dipping and spraying may provide a more evenOD coat and better internal coverage, but cannot be relied upon to provide a uniform and effective protective layer for ID surfaces.

In contrast, parylene (XY) conformal coating can be successfully applied to tubing regardless of size. Its specialized chemical vapor deposition (CVD) method creates pinhole-free conformal films of exceptional uniformity. Powdered XY dimer material is transformed into a gas under a vacuum, during CVD. Its vaporous condition allows XY to travel to, enter and coat anywhere on the substrate the gaseous XY reaches, including the tube’s inside surfaces.

These combined properties make biocompatible, dry lubricant XY the conformal film bonds without fail to tubing’s inner and outer surfaces, at thickness levels that add virtually nothing to its final dimensions.

Persistent demand for greater functionality and improved performance include calls for faster delivery of treatment and enhanced diagnostic accuracy. In this respect, these developing technologies show considerable promise:

For instance, SM/F procedures support precise management of cell behavior and bio-molecular spatial location. Parylene's versatile, bio-compatible and pinhole-free conformal coatings are useful to instruments studying and mapping multi-component combinations of molecules and receptor-ligand interactions occurring in the body. Parylene allows bio-compatible surface modification of virtually any implant-material. Micropatterning with parylene “peel-off” stencils offers the advantages of patterning biomolecules in hydrated environments, with high uniformity over a large area, and a minimal sub-100nm nanoscale resolution. This approach is particularly useful for patterning chemically and biologically sensitive molecules and helping to preserve their conformation and bioactivity.

Implantable devices place a special set of requirements and challenges on their coatings. The moisture and broad mixture of chemicals that are found inside of the body are challenging in and of themselves. However, the body also has needs from the coatings that are placed within it. They need to be non-irritating and inert enough to be harmless. For most applications, the best choice is USP Class VI compliant parylene coatings.

USP Class VI Certification
The most important factor in finding the best implantable coating is whether or not it holds a biocompatibility certification. The industry's go-to standard is the United States Pharmacopeia's Class VI certification which is typically also covered by products that also comply with the European ISO's 10993 standard.

To achieve Class VI certification, a coating material starts by proving itself to be inert when injected into the body of a test animal. First, it gets mixed with four different carriers -- saline solution, alcohol saline, vegetable oil and polyethylene glycol -- and, as appropriate, injected either intravenously or into a body cavity (intraperitoneally). If, after three days, the animal is still alive and shows significant reactions, the material goes to the next phase of certification.

Next, it gets mixed with the same carriers and injected into multiple sites on two animals. To pass (and earn Class I, II, III or IV certification), the animal must show no sign of reaction after three days of daily checks.

Finally, to earn the certification, strips of the material get surgically implanted in two animal's muscle tissue. Assuming that the material causes no significant reaction after five or seven days, it earns its USP Class VI certification.

A coating that has its biocompatibility certification in place has two key benefits. First, once it is tested, you should not have to test it again, saving you from an expensive delay. Second, the certification gives you a sense of assurance that it is an appropriate choice for your implantable device or item.

Parylene Coating for Implantable Devices
Parylene isn't only the gold standard for conformal coatings. It is also the best option for implantable devices. On just about every metric, it perfectly suits the needs of biological applications. Its USP Class VI certification also means that it is safe to use.

More than almost any other conformal coating, parylene dimer is chemically inert. It resists both the acids and bases that are typically encountered when implanted. At the same time it also has excellent resistance to moisture and to corrosive materials -- like salt. While it is unlikely to encounter industrial solvents when implanted, it can also withstand a full range of organic chemicals.

Vapor based deposition means that a parylene coating is more truly conformal than that created by any other compound. Since parylene coats any part of a device that air can touch, it covers exposed surfaces underneath parts and even areas inside of the item that are not otherwise covered. Given that, over time, bodily fluids can also permeate any of those cracks or flaws, parylene is a safe option.

Parylene coatings aren't just truly conformal. They are also unique in their ability to create a truly conformal coating in thicknesses that are measured in microns. While other coatings can approach parylene's performance, they typically are anywhere from 10 to hundreds of times thicker when applied. Given that size is often a concern in implantable device, parylene's thinness is another significant benefit.

Even though it dries, parylene has a high degree of lubricity -- similar to PTFE (teflon). Its dry film lubricity makes it an excellent match for implantable devices since it reduces the risk of irritation or inflammation when the device is positioned. In fact, many needles are coated with parylene to make injections both easier and potentially less painful.